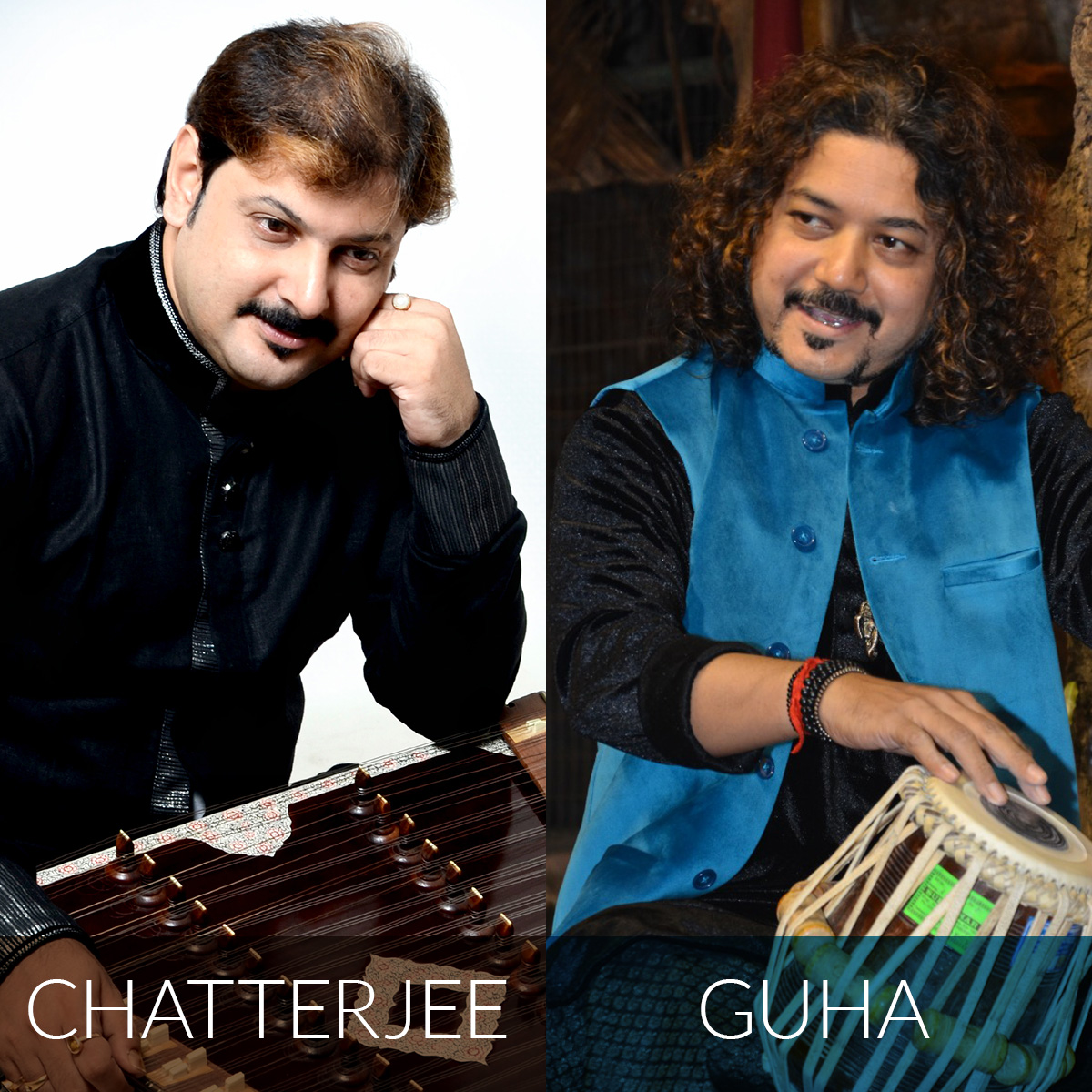 Sri Sandip Chatterjee
Sandip Chatterjee, a disciple of Pandit Tarun Bhattacharya and vocal maestro Pandit Ajoy Chakraborty, is an accomplished Santoor player. He has been acclaimed as the torch bearer of MAIHAR and PATIALA GHARANAS simultaneously. With his unique skills over the strings, he has mastered the technique of playing the instrument with one hand. He uses his left hand to lift the strings (Plucking Chikari) to play the Alap, Jod Jhalla, part of bandish (Gat) there by creating an ineffable resonance. His collaboration ‘Calcutta Express’ was nominated as finalist in the Indo Acoustic Project’s “Best CD’s of 2006” award in the World Music category. Sandip has recorded over 21 albums over the years and his expertise has also been utilised by renowned music directors like A.R.Rehman, Jatin Lalit, Gulshan Kumar, Rabindra Jain, Pt.V.Balsara to name a few.

Sri Subhajyoti Guha
Subhajyoti Guha an accomplished mathematician, a tabla payer and a senior disciple of Pandit Sankha Chatterjee, is a much-sought Tabla player from Kolkata, India. He frequently plays on all India Radio and Doordarshan.  He has travelled widely nationally and internationally including USA, Canada and Europe and has performed with many accomplished namely Pt. Buddhadev Dasgupta, Pt. Manilal Nag, Ustad Aashish Khan, Ustad Shahid Parvez Khan,
Pt. Ronu Majumder to name a few. Subhajyoti has also extended his horizons outside Indian Classical Music and collaborated with many jazz music from USA and Canada. He has his own Indo-Jazz band AMEYA based in Toronto.