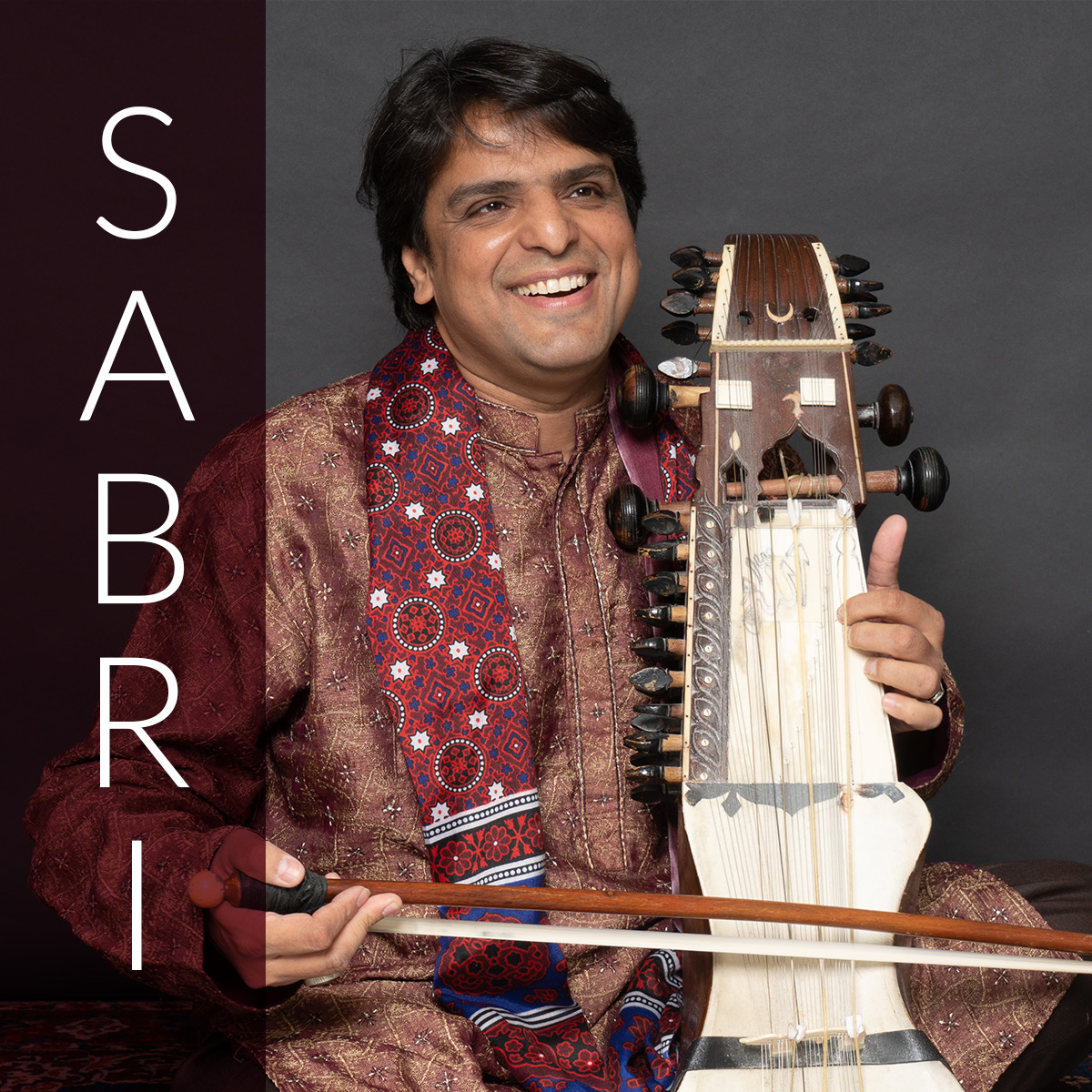 Ustad Kamal Sabri, is an Internationally renowned musician, represents the seventh generation of illustrious Sarangi exponents belonging to the 400 year old Moradabad Gharana. Ustad Kamal Sabri, son of Sarangi legend Ustad Sabri Khan Sahab, has been reinventing the art of Sarangi-playing for many years while maintaining the rich legacy of his gharana which is the foremost gharana in the art of Sarangi-playing and Kamal Sabri is the leading Sarangi soloist of India.

Kamal’s father has been responsible for popularizing Sarangi on a global scale and Kamal has been redefining it for the masses. He has demonstrated profound versatility in playing the Sarangi and has introduced innovations like adding a cello string to Sarangi.

Ud Kamal Sabri was initiated into music and trained by his father from the tender age of five years. Hailed as a child prodigy, he soon made waves in the Global Music scene. His musical brilliance and innate talent took him from being a seasoned accompanist to an acclaimed soloist.

Ud Kamal Sabri has composed music for several Hollywood and Bollywood films, and delivered powerful background scores for documentary films, theatre and dance performances. He is also an accomplished vocalist.

After the golden age of Sarangi till the mid 20th century, there was a vacuum in good Sarangi-playing. Ud. Kamal Sabri has put new vigour in this art and has inspired a new generations of Sarangi players with his distinct style, mentorship and dedication. He once again established Sarangi as a solo instrument while forging new partnerships with both Indian and foreign musicians.

This effervescent master of the instrument considered closest in resemblance to human voice feels that Sarangi is the music of the eternal human soul. Ud Kamal Sabri continues to explore the vast realm of the music world yet retaining the purity of the Indian classical music through the strains of his Sarangi.

Ustad Kamal Sabri has been invited to several prestigious music festivals like the Harballabh Music Festival in Jalandhar, Tansen Samaroh in Gwalior, Saptak Festival in Ahmedabad, Swami Haridas Music festival in Mumbai, ITC Sangeet Sammelan in Mumbai, World Peace Concert in Delhi, Sangeet Natak Academy Swarn Utsav in Hyderabad, “Art of the Bow” Festival in Geneva, Switzerland, World Music Festival in Lahore, Pakistan, and BBC Millennium Concert in Birmingham, UK to name a few. Appreciation and rave reviews for his performance have come easily and spontaneously. Today he is a name to reckon with in the international cultural scene. He devoted close to a decade to bring the knowledge of Indian classical music to foreign shores while teaching in England, Finland, Denmark, Norway, USA and Russia. He has been a guest lecturer at several major universities and music academies around the world.

He has many achievements to his credit including the privilege to be the youngest Indian musician to participate in “Les 24 heures du raga” (24 hours Millennium concert) in Paris, France. He made a record of sorts in that Festival by playing nine concerts along with his father, leaving the audience spellbound. Ustad Kamal Sabri has been invited many times to showcase his musical skills by the All India Radio, BBC, Radio France, Radio Pakistan, Radio Switzerland, Radio Italy, Radio Barbados(West Indies), and Finnish Broadcasting Company (Finland).