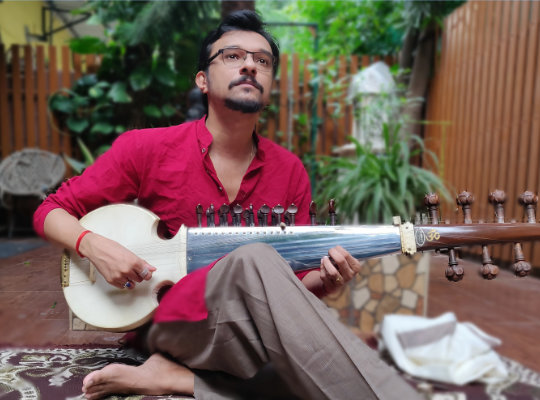 Abhishek Borkar, a versatile musician received initial training at the age of four from his father and Guru Pt. Shekhar Borkar of the Maihar Senia Gharana before anchoring himself on the Sarod. His instinct for aesthetic music coupled with his incredible control over sur and laya have enthralled audiences in various parts of the world. Abhishek has performed globally in Europe, Australia and UK and has participated in a numerous music festival such as Ustad Abdul Karim Khansaheb Sangeet Mahotsav, Sawai Gandharva Sangeet Mahotsav and Swarbhaskar Mahotsav, to name a few.